The Swift Parrots are back! 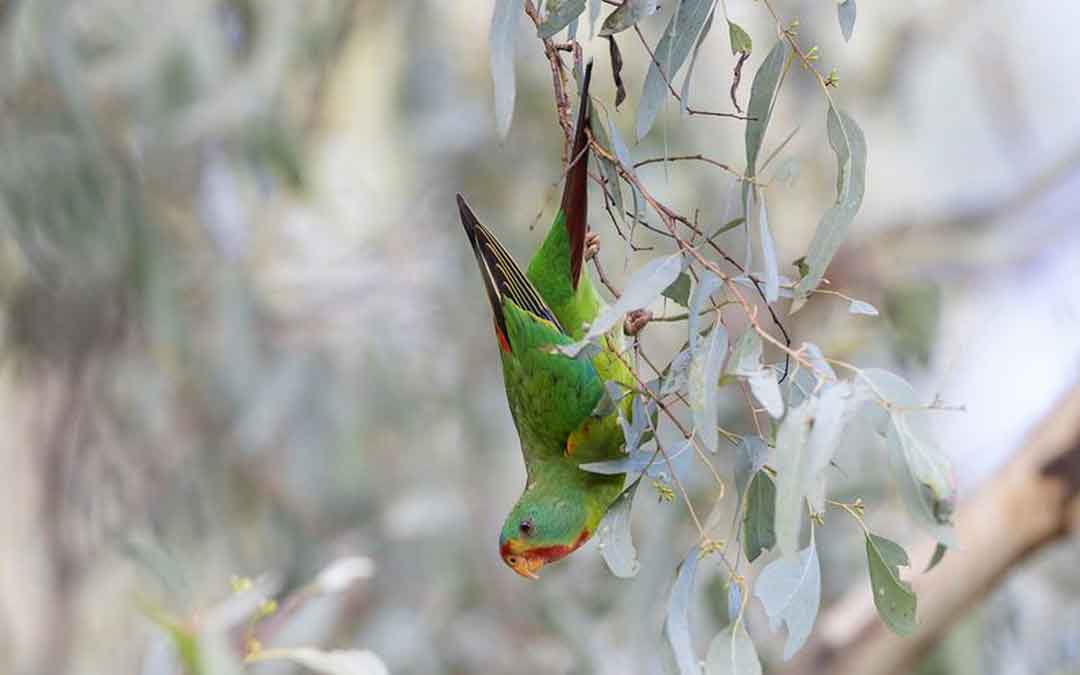 The Swift Parrots (Lathamus discolor) have returned to mainland Australia.

Research published in December 2020 suggests there may only be several hundred Swift Parrots left, meaning they are on the very brink of extinction. Logging and habitat destruction are the most prevalent threats to them.

Observations online, including one from George Paras in the Banyule Gardens for Wildlife Facebook page, show Swift Parrots have been spotted in Victoria Cross Estate in Macleod in the last couple of weeks. A large flock of ‘at least 135 birds’ has also been reported at Hurstbridge.

This nationally critically endangered species are incredible birds. Breeding in Tasmania over summer, they fly all the way back across Bass Strait to spend the cooler months feeding in Victoria and eastern NSW, and sometimes into Queensland and across to the edge of South Australia. It’s thought they make the journey in a single flight during just one day – something that’s extraordinary for a slim 25cm-long parrot!

They are mainly vibrant green but have a bright red face, a deep blue stripe down the front of the wing next to their breast and dark red tail feathers. The males are generally more vibrantly coloured and have bright red patches under their wings which are often visible if you see them flying. As their name suggests, Swift Parrots are very fast and agile. They are also very noisy and have a distinctive call. It’s not unusual to hear them before you see them.

Listen to the Swift Parrot call

Swift Parrots (‘swifties’ to those that love them) are quite a social bird, so if you see one, you’re likely to see more. They will often return to the same tree each night to roost in a flock. Unlike many other parrots, you’ll very rarely see them on the ground, as they spend nearly all their time in flowering trees, especially eucalypts, acacias and sometimes fruit trees; eating the flowers, nectar, and seeds, and well as picking off insects like lerps.

Birdlife Australia have started a twice-yearly survey where they ask community members to submit observations of Swift Parrots at specific sites. One of the sites is in Macleod and the first survey 6-week survey period has just begun. Each observation takes only 5 minutes, and no specialist skills are needed. You can do it just once or as many times as you like. I’ll be taking part, because increased knowledge about this beautiful bird may be the difference between its survival or its extinction.

Photo by Dean Ingwersen as submitted on the Birdline Australia Facebook Group.