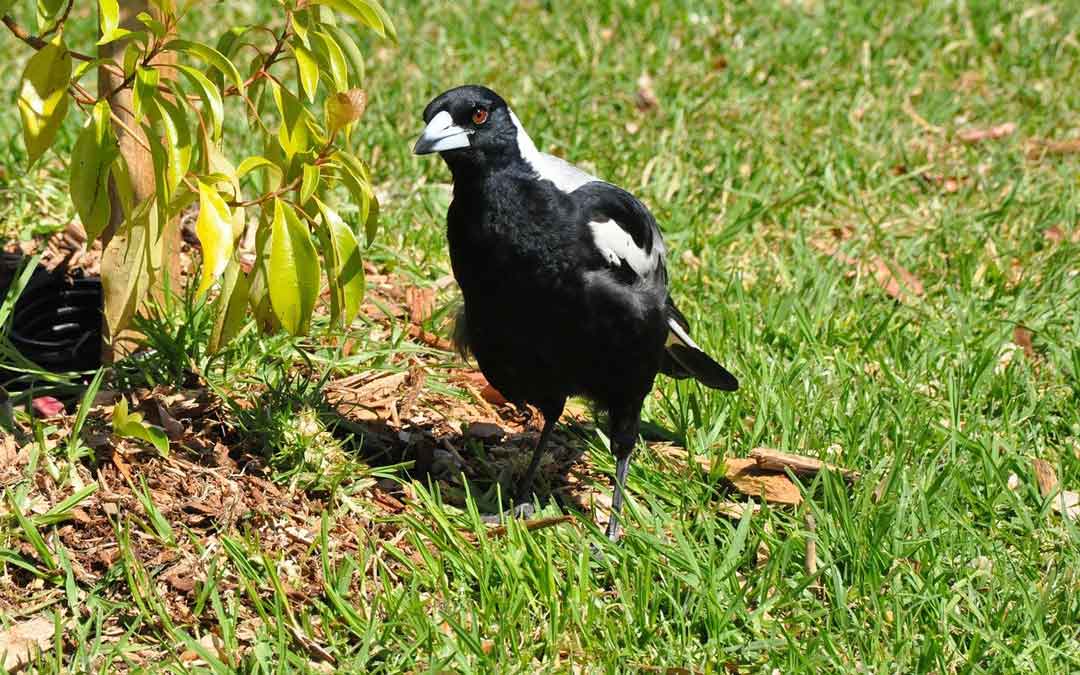 Have you been swooped by a magpie while walking or riding your bike recently? If so, you’re not alone – we’re in swooping season.

Magpies are both loved and hated.

A couple of years ago, Guardian readers voted them Australia’s favourite bird. They’re renowned for their intelligence, playful behaviour and ability to form strong attachments with individual people. These beautiful songbirds can sing four octaves and mimic sounds, including horses, other birds, sirens and alarms. Over the last month or so I’ve been waking to the welcome sound of melodious warbling and the louder ‘carolling’ from my neighbourly maggies just before dawn.

Yet, there are those who are terrified of magpies. And most of us have a story about being swooped.

Magpies are found across most of Australia, from Tasmania to Queensland, from the east to west coast. There are about 10 sub-species, including the one found in Victoria – Gymnorhina tibicen tyrranica. Our subspecies is called ‘tyrannica’ presumably for the way they can terrorise creatures they perceive as threats to their chicks.

Many people assume all magpies swoop, and that they do it because they want to attack people. That’s not true. It’s only the male magpies that swoop and only for a month or so during the breeding season (late winter – spring.)

Magpies seek their own exclusive territories in which to breed. But not all find them. With more and more humans encroaching into their habitats, not all magpies breed each season. Those that do manage to breed want to defend their chicks, so they swoop to warn off intruders whom they see as a threat.

Magpies can live for up to 30 years. Their intelligence means they can recognise faces and remember past experiences. Over a lifetime some magpies can develop ingrained fears and behaviours based on past bad experiences. If in the past someone has thrown stones at them or done something to threaten their nest, you may pay the price, especially if you look like that person. So, what started out as a warning may quickly escalate to repeated dive-bombing and a pecking or scratching. 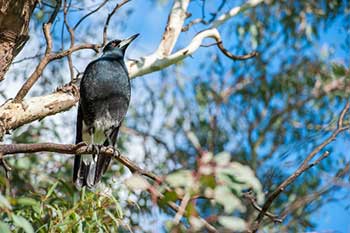 There’s one male bird that’s been nicknamed the ‘Terror of Thornbury’ up the top of Fulham Street – and it has been terrorising (and even injuring) cyclists for years. Yet it seems to have no issue with people walking by. It’s obviously a successful breeder!

If you’ve been swooped (like Paul Gale-Baker was recently on Finlayson Street), why not contribute to the MagpieAlert map so others can avoid the same experience; take an alternative route and leave the magpies to breed feeling safe. Also on the website are some great tips about ways to avoid being swooped – and even how to make friends with them.

And if that doesn’t allay your fears, just remind yourself that swooping season is nearly over!

If you’re interested in contributing to citizen science and seeing what birds you have at your place, join in the BirdLife Aussie Backyard Bird Count running from 19 -25 October.