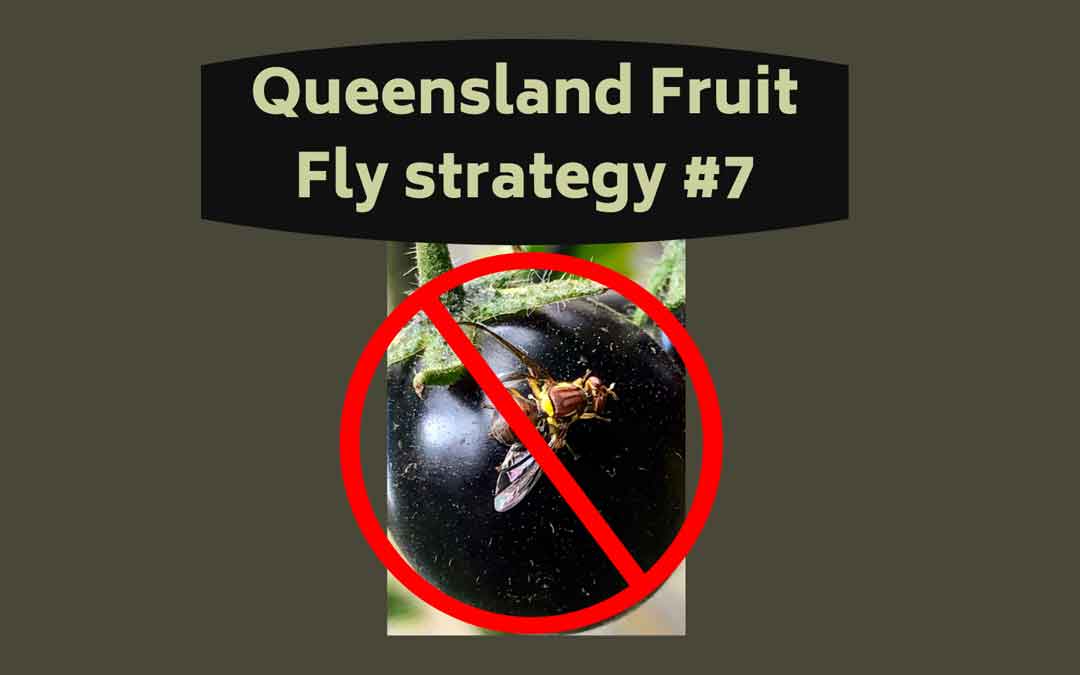 It is now late April and Queensland Fruit Fly (QFF) is abundant, infesting raspberries, guavas and feijoas in particular. Watch out for infestations also in persimmons and tamarillos as they ripen, and later in citrus.

There are three actions to take:

Dispose of all infected fruit by cooking, microwaving or solarising and never bury or put into the compost.

Get ready in May to put out Wild May to attract and kill over wintering male QFF.

Now is the time to prepare for next season. The fewer larvae that pupate in the ground, the fewer adult QFF you will have next season.