How to keep trees safe from Citrus Gall Wasp 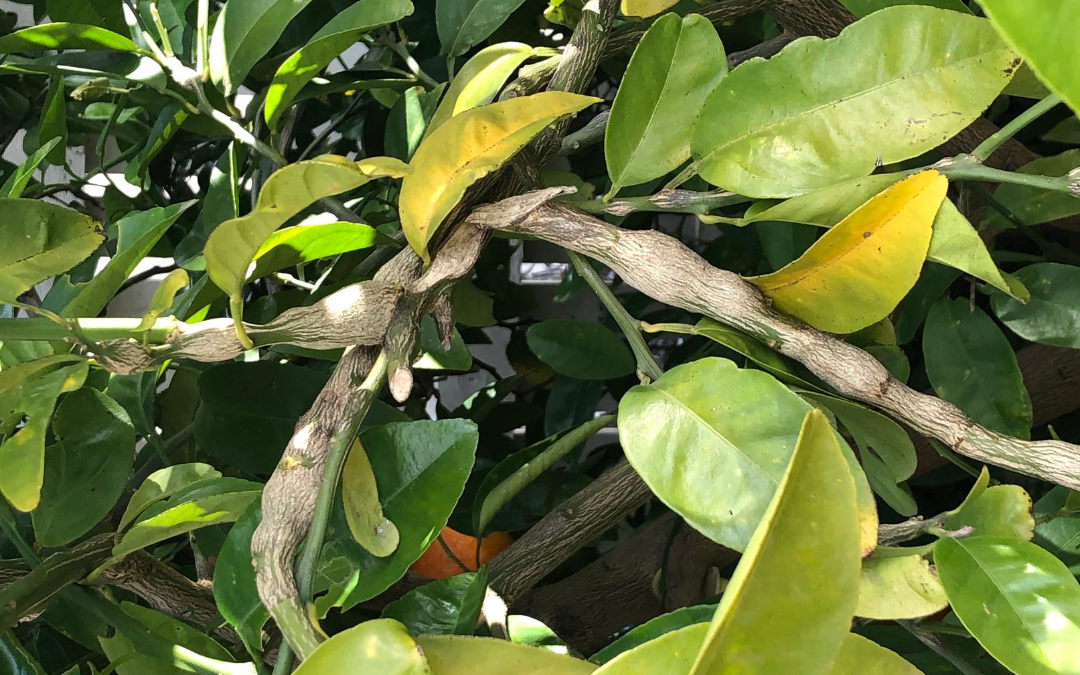 What is citrus gall wasp?

Citrus gall wasp, an Aussie wasp originally from Queensland, can affect all citrus but seems to be most prevalent in lemon, lime and grapefruit trees. The galls are the result of the injection of eggs by the adult wasp into the soft stems of citrus trees in spring. Here the larvae hatch within a month, and develop within the tissue for the next year. Eventually, the larvae pupate and the result is the emergence of the adult wasp in late November and early December, and the cycle begins again.

Galls are generally seen as ugly grey growths on the stem with tiny holes on the surface. These ones however are ‘dead’ galls. They have served their purpose and the inhabitants have fled to infect new trees. The ones we need to worry about are small swellings or bumps, green in colour, on soft stems. These can rarely be seen when they are less than 3mm in size so keep checking your tree.

How to treat citrus gall wasp

Galls often appear in spring/summer on the end or toward the end of new growth where the fruit is, and this makes it problematic. If this growth is pruned out then there is a loss of fruit. An alternative is to use a sharp knife or vegetable peeler and slice away the bump, making sure that you can see the pinpricks which indicate the presence of the larvae. If you cannot see these pinpricks, then slice away some more until they become visible. It is exposing them that allows the wind to dry the gall out and kill the developing wasp. Dispose of the galls by burning, or soaking in a bucket of water for a month. Do not put them in the compost or the green bin.

Prevention, of course, is better than cure. There are no known predators of the gall wasp so physical solutions have to be applied but none are failsafe. Vigilance is a key ingredient of successful eradication. However, remember that fruit trees adjacent to your property that are not managed will be the source of further infestations.

‘Leaf, Root and Fruit’ began with 10 small lemon trees and treated them with varying regimes. Kaolin Clay was the most effective in reducing galls.The trees are now sprayed 4 times at fortnightly intervals beginning in the third week of October. Interestingly, they found that the ‘Prune in June’ strategy was not effective and that the Kaolin regime which included fertilising monthly from September – May, produced least galls and the most fruit (both in number and weight).

At the community garden we began spraying with Kaolin Clay last year but will up our number of applications from 2 to 4 this year.