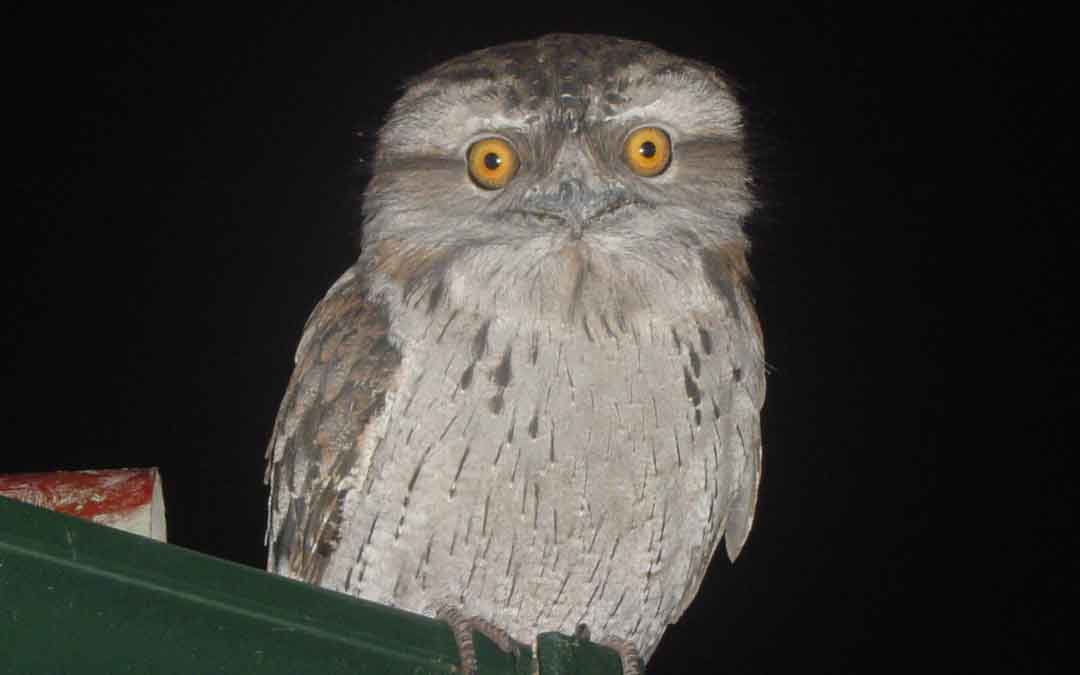 Like lots of others, I’ve got more rats in my backyard than I’ve ever seen. And I really hate them, and as ridiculous as it sounds I’m actually scared of them. The growing conditions have created a feast of acorns on the huge oak tree and lots of tasty fruit and vegies in my garden. I think demolition of a couple of old houses nearby has flushed more out into the open and added to the numbers in my backyard.

How you deal with rodents is really important because many rodenticides are devastating to our local birds of prey such as owls, kites and kestrels, as well as other wildlife and pets that eat the bait or die from secondary poisoning after eating the dead or dying rodents.

Most rodent poisons are anticoagulants. They cause a slow and painful death (up to a week) for the rodent. They run around, gradually getting slower and weaker and will eventually die somewhere outside or if you’re unlucky in walls or roof cavities (stinky!).

Particularly bad are Second Generation poisons which kill anything that eats the poison PLUS anything that eats the poisoned animal (secondary poisoning). Because it generally takes a rodent several days to a week to die, birds of prey such as Boobook and Powerful Owls (both recorded in our local area) are likely to catch and eat the dying rodent and then also get poisoned.

Chemicals to always avoid include Brodifacoum, Bromadialone and Difenacoum. Brands include Talon, Fast Action RatSak, Mortein and The Big Cheese Fast Action baits. These poisons kill after just one feed, so generally, anything labelled as ‘fast action’ will contain these bird-killing poisons. These are already banned for public sale in the US, Canada and EU. You can sign a Birdlife Australia petition to remove them from supermarket shelves here too.

If you must use poison, make sure you use First Generation poisons such as those including Warfarin, Coumatetralyl and Sodium Chloride. Brands include Ratsak Double Strength and Racumin. While the rodents must eat multiple feeds of them, these poisons carry far less risk of secondary poisoning to the birds of prey and pets. They are still a dangerous chemical though and should always be used in an enclosed bait station and handled strictly according to instructions.

There are various online recipes for homemade rodent baits using Plaster of Paris, boric acid, baking soda etc. I’ll leave you to do your own internet research. Beware that they are dangerous for anything that eats them, so make sure you use a bait station and be very careful around pets and wildlife.

Please note: All poisons are a nasty way for a rodent to die.

Snap traps are generally acknowledged as an effective, affordable and more wildlife-friendly way of killing rodents. Make sure it’s a heavy-duty trap with a high kill rate and you position it where you’re unlikely to accidentally trap birds or other wildlife. Poorly designed traps such as old fashioned wood and wire rat traps can just crush limbs on rats rather than killing them, leading to unnecessary suffering.

This is the method I am using. I have purchased heavy-duty high kill rate traps from a big hardware store (don’t buy the really cheap ones!) and I have baited them with peanut butter. I place a few of them on the middle rung of my paling fence in secure tubes and in spots I think are unlikely to be attractive to possums and birds. I absolutely hate emptying the traps, but I’ve killed about a dozen rats and haven’t killed anything else. I’ve had a 100% kill rate so far (none caught and still alive) and am hoping that continues.

There are plenty of live traps available. If you want to avoid killing them and instead relocate them, this is a safe and humane option. Just make sure you check the trap/s everyday so the rodent doesn’t die from dehydration.

Electronic traps that kill with a battery-powered electric shock are a safer way of killing mice and rats, but most can only be used inside. They can be quite expensive.

A new generation of automatic high-tech traps are available, the A24 Rat & Mouse Trap uses a gas canister linked to a trigger to deliver a very swift and powerful blow to the rodent’s head. It delivers data to your smartphone, but can be very, very expensive. I think they look like a good option if you can afford them, particularly for groups of neighbours or larger properties.

Another style available (less high-tech and less pricey) is the Nooski trap system. The rodent goes into the tunnel and sets off a trigger which snaps a latex band around its neck, also killing it very swiftly. I’ve never used this type.

These are incredibly cruel. They trap anything that crawls across them but doesn’t kill them. Instead, the trapped animal dies a long slow death of starvation. Don’t use them under any circumstances.

Other ways to discourage rodents

There are other ways you can make your property less attractive to rats including making your compost bin uncomfortable for them, rodent-proofing chook pens, storing anything edible in sealed containers and removing other food sources such as birdseed and uneaten pet food.